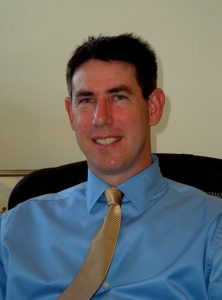 Philip LeDuc (Ph.D. Johns Hopkins University; post-doctoral fellow, Children’s Hospital and Harvard Medical School) is the William J. Brown Professor in the Mechanical Engineering Department at Carnegie Mellon University with appointments in Biomedical Engineering, Computational Biology, and Biological Sciences. He has received the National Science Foundation CAREER Award, the Beckman Foundation Young Investigators Award, while also being selected as a faculty member for the Sloan Foundation minority Ph.D. Program. He has also been funded by other organizations including the Bill & Melinda Gates Foundation, Office of Naval Research, Department of Energy, National Institute of Health, and Keck Foundation. During his career, he has published articles in many journals, including Proceedings of the National Academy of Sciences, Nature Nanotechnology, PLoS ONE, JACS, Applied Physics Letters, Methods in Cell Biology, Advanced Materials, Nano Letters, Nature Protocols, and Nature and has given seminars across the world including South Africa, India, and Brazil. He has be on and helped organize many scientific meetings including for the National Academy of Engineering, the National Academy of Sciences, the Institute of Medicine, and the United States Congress as well as being elected to the Board of Directors for the Biomedical Engineering Society and American Institute for Medical & Biological Engineering. He is also a Fellow of the Biomedical Engineering Society, the American Society of Mechanical Engineers, and the American Institute for Medical & Biological Engineering. He has filed numerous patents, has started companies, and has consulted for a diversity of companies. His wife, Rachel, and Philip have a daughter and two sons. He has also been involved with many philanthropic organizations including raising money for non-profit organizations and mission trips to Africa and Armenia.